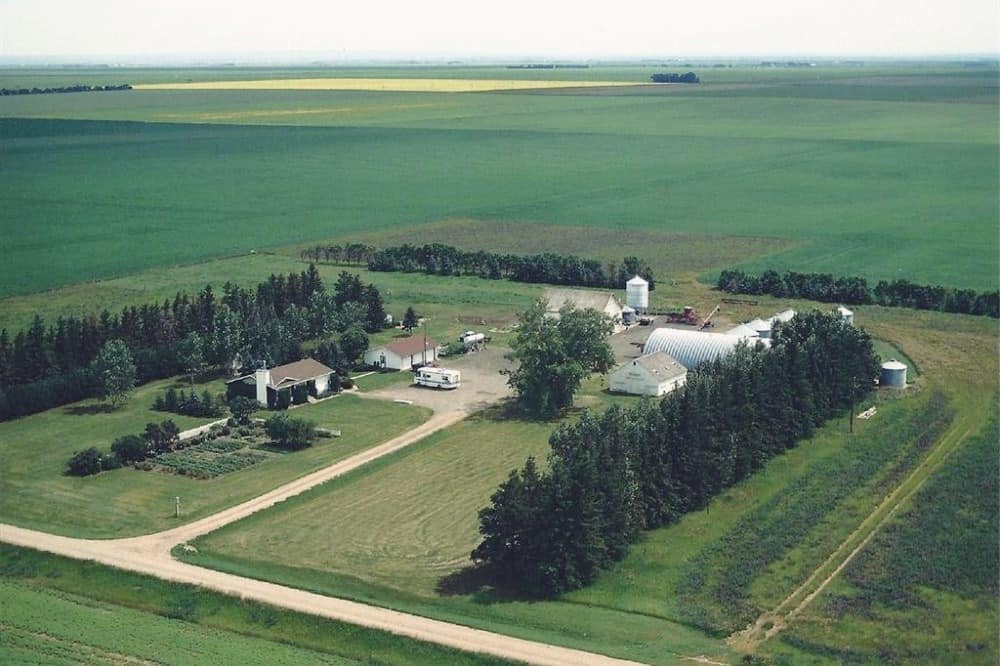 The Rural Municipality (RM) of Moose Jaw (No.161) located in Southern Saskatchewan, is 30 minutes west of the Capital of Saskatchewan, Regina. The RM of Moose Jaw features major road and rail networks specifically Highway 2, Highway 39, and the TransCanada Highway.

Canadian Pacific (CP) and Canadian National (CN) Rail have major rail lines that run through the City of Moose Jaw, the RM’s largest municipality. 15 Wing Moose Jaw is home to the Snowbirds Air Demonstration Squadron and the NATO Flying Training Program. The RM also provides services to the communities of Boharm and Pasqua.

The RM of Moose Jaw has a central location. It lies at the eastern edge of the Missouri Coteau, at an elevation of 550 metres (1,800 feet). The Coteau separates the flat Regina Plain to the east and gently rolling landscapes of the Alberta Plateau to the southwest. The Regina Plain represents the bottom of a glacial lake that covered the area after the last Ice Age. It provides some of the best and most productive agricultural land in Saskatchewan.

There are hundreds of lakes and pothole sloughs for wildlife and waterfowl.

The region was a winter encampment for both Cree and Assiniboine Nations. During the fur trade era, Métis buffalo hunters had wintering cabins in the River Valley at ‘the turn’ where the fur trail from Fort Garry forged Moose Jaw Creek.

The RM’s first major permanent settlement began in 1881 when James Ross and Hector Sutherland arrived from Winnipeg to speculate on land they felt sure would be the choice of the Canadian Pacific Railway (CPR) for a divisional point. The juncture of Moose Jaw and Thunder Creek was the best place to cross the river valley and there was abundant water supply for steam locomotives. By 1885, Moose Jaw was a major settlement. In addition to the homestead population and railway workers, there was an adjacent Sioux Village four miles south in the River Valley. These Sioux had retreated with Sitting Bull from Montana and the battle with General Custer.

In the summer of 1885, Moose Jaw was provisional home for a battalion of 390 soldiers from Halifax who were sent West by the Dominion Government to quell the Northwest Rebellion led by Louis Riel and Gabriel Dumont.

The rapid settlement after the Turn of the Century brought Moose Jaw to prominence in Western Canada and ushered in a commercial and industrial boom period. The RM of Moose Jaw was established in 1911 and became quickly known for the industry in the region and for being a prime agricultural producer with an important rail infrastructure.

Main industry in the RM is agriculture. The reliable rail infrastructure operates well. The agriculture processing industry is associated with the operations such as Cargill, Simpson Seeds, and Pasqua Farms. 15 Wing Moose Jaw adds to the diversity of the local economy as the Air Base is home to not only the Snowbirds but also to the internationally renown NATO Flying Training in Canada Program.

The NFTC program instructs pilots from the UK, Italy, Denmark, and Singapore along with Canadian pilots. The RM also hosts a large asphalt manufacturer which is supplied with raw materials through a pipeline. There are other pipelines running through the RM that supply the province with natural gas.

The Moose Jaw Trolley Company builds on the rich history of Moose Jaw by replicating one of the original electric cable trolleys that were operational from 1911-1932. The Moose Jaw Trolley Company offers a guided historic tour of Moose Jaw. The tour guides will point out and provide details on historic homes and businesses, interesting facts and legends, and profile Moose Jaw’s 33 murals. Trolley runs May to October, actual start dates vary upon the weather.

Western Development Museum/History of Transportation is themed the ‘Story of Transportation’ and traces history relating to aviation, railways, surface and water travel on the prairies, including an auto collection, antique snowmobiles, and vintage aircraft, the Snowbird Gallery, and the only short line steam railway functioning in Saskatchewan.

Festival of Words: This summer festival celebrates and promotes the imaginative uses of language, oral, and written to entertain and enlighten audiences. The Festival provides inspiring and entertaining programs for diverse ages and interest groups in many areas such as fiction, poetry drama, non-fiction, filmmaking, song, comedy, journalism, and storytelling.

Most events and facilities are situated within the City of Moose Jaw.

The Wakamow Valley offers a variety of recreation facilities set in a natural environment including picnic and barbeque sites, waking, biking and hiking rails, playgrounds, and canoe launch.

Golf: The City is home to three 18-hole golf courses.

There are 13 primary and 5 secondary schools in Moose Jaw. A range of special education programs are provided, including French Immersion, learning assistance programs, and a hearing impaired program. Schools are heavily involved in music, drama, and sports programs, and offer computer sciences at both elementary and secondary levels.

In addition to on-campus programming, Palliser Campus delivers extensive training programs to business, industry, and Aboriginal groups in the Moose Jaw area and across the province.

Palliser Campus, through arrangements with the Universities of Regina and Saskatchewan, offers undergraduates with accredited courses in Moose Jaw.

The City of Moose Jaw is the location of the fourth largest Royal Canadian Mounted Police (RCMP) detachment in Saskatchewan. The detachment services the majority of communities within the Moose Jaw REDA service area.

The RCMP works within the RM of Moose Jaw. It enforces federal laws, provides contract policing to many cities, towns, villages, municipalities, and First Nations’ communities province wide. The RCMP participates in peacekeeping efforts and supplies world-leading expertise in areas like forensics and criminal intelligence to regional and international police services.