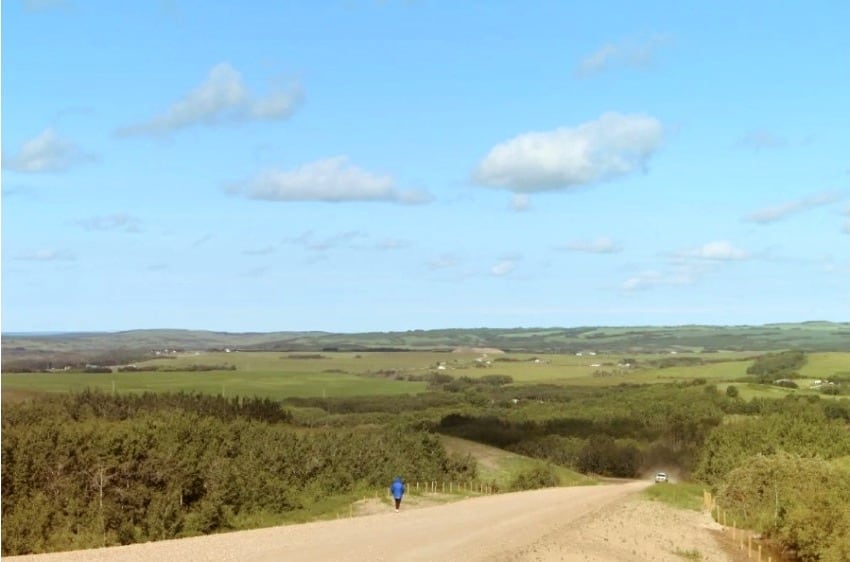 Little Pine Fist Nation is named after Chief Minahikosis (Little Pine), who signed an adhesion to Treaty 6 in 1879. Minahikosis had a reputation that came close to that of Big Bear. Although Minahikosis resisted and held out for three years before signing Treaty 6, he was finally persuaded by his starving people and signed in 1879. ‘Little Pine’ and his people settled at the foot of Bluehill along the Battle River.

The total registered population is 1513 with 567 members living on the reserve.

Little Pine Gas and Convenience Store: Chief Mary Anne Sokwaypnace and INAC Minister Robert Nault announced it would be getting its first gas and convenience store. The project will provide fuel service to the community, create seven full-time jobs, and generate economic relations with neighboring communities like Cutknife, North Battleford, and Saskatoon. The project cost an estimated $132,000 with the Government of Canada investing $24,000.

Little Pine First Nation is a member of Battlefords Tribal Council (BTC). The BTC was established in 1991 with the incorporation of BTC Management Corporation to serve the Little Pine, Lucky Man Cree, Mosquito, and Sweetgrass First Nations. BTC expanded in 1995 when Moosomin, Red Pheasant, and Poundmaker joined. The BTC is a member of Battlefords Regional Economic Development Authority (REDA).

Two Band members, Clara Kennedy and Thelma Nighttraveller, had the opportunity to exhibit their artistic work on the Internet, thanks to the Saskatchewan Indian Cultural Centre.

The goal of Little Pine First Nation is to have the next Pow Wow in 2004.

The Chief Little Pine School is centrally located in the reserve to accommodate all members of the community. The total student population is 225 from Nursery to grade 12. The Post-secondary Student Support Program is available to status members of Little Pine First Nation.

The members on the reserve have access to health services at the Little Pine Health clinic that was constructed in 1988 to `promote healthy awareness in the community’. There are five employees working at the clinic, as well as the Band Administrator who controls the administration and financial activities. Positions at the health clinic consist of 1 Home Care Nurse, 1 Home Health Aide, 1 Community Health Nurse, 1 Custodian, 1 Secretary Clerk/Transportation Coordinator, and 2 Medical Taxis.

The Little Pine First Nation has a Royal Canadian Mounted Police (RCMP) detachment that currently has 2 constables working and residing on the reserve.

The Chief and five Councillors are responsible for all aspects of governance at Little Pine First Nation. These responsibilities include overseeing the management and upkeep of all the Band’s facilities including the Little Pine community health centre, the Elders’ Hall, and Chief Little Pine School. They are also responsible for ensuring that the great variety of social programs and technical services available to all Band members are delivered responsibly and fairly.